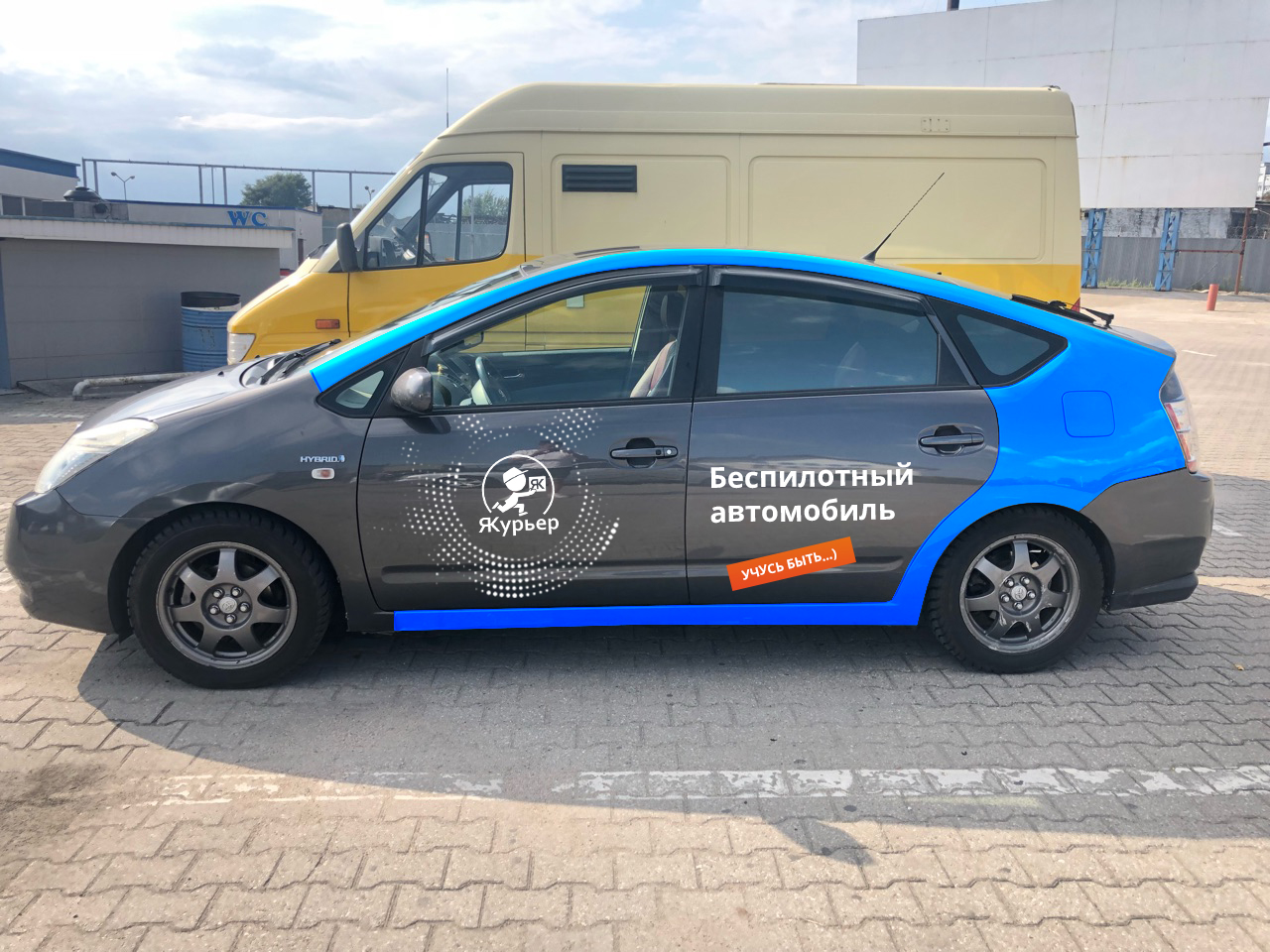 So, I’m in a bigger adventure. Somehow the question arose in my head in an absolutely random way: “Drone, how is it? Well, like, everyone knows (but doesn’t realize) that they’re almost there. The largest companies buy up startups in packs to bring themselves closer to the level of autonomy of 3+. Yandex boasts of its fleet of Priuses, who behave perfectly (like an 18-year-old guy on the 3rd day for a training car) on the streets of Moscow and Las Vegas. All this makes you feel involved in a completely phenomenal event. The future has come – feel it!

Our unmanned project is based on a simple idea to develop a universal enough solution, refusing the way of expanding the technology at the detection of some or other problems in the functioning of the system. We realized that basic vehicle control is possible on the basis of video stream, so we formulated the concept of focused attention and are now focused on developing an intelligent core capable of providing such attention. We are actually talking about using an end-to-end approach to designing a drone system. The study of modern experience in this direction inspired us to choose as a conceived intelligent core a convolute neural network with dynamically changing topology, where the key is the use of an evolutionary approach in its learning. Having produced the original convolution input layers of the network, we, however, using the heuristic method, have developed our own evolutionary cycle, the function of adaptability and the principles of birth of the next generations and are now continuing active research in this direction, having received encouraging results at the first stages.

1.The junction between the vehicle and the development environment has been established.
2.We connected a video stream to the system.
3.In order to ensure uniformity in the system and the required I/O relationship, we synchronized the capture of video frames and vehicle data.
4.Formulated a fundamental concept to use focused attention to perception of reality.
5.Implemented parallel computing technology using the GPU, which allows for multiple acceleration of calculations.
6.Added frame pre-processing that provides brightness stabilization.
7.We have developed a time-domain filter of video stream suppressing static, low-moving areas of images.
8.Introduced the idea of using as an intellectual core of focused attention an expandable neural network with dynamically changing topology and conceived its general structural solution.
9.Spatial filters were produced, which form four quadruple input layers of the network, developing its abstraction abilities.

So how hard is it to create a car that will be equipped with a post office in the back of the car right here and now, to drive on our optimally designed route without a “leather bag” at the wheel, sucking 50% of the cost?

Autonomous car of 3 levels (there are only 5 of them). 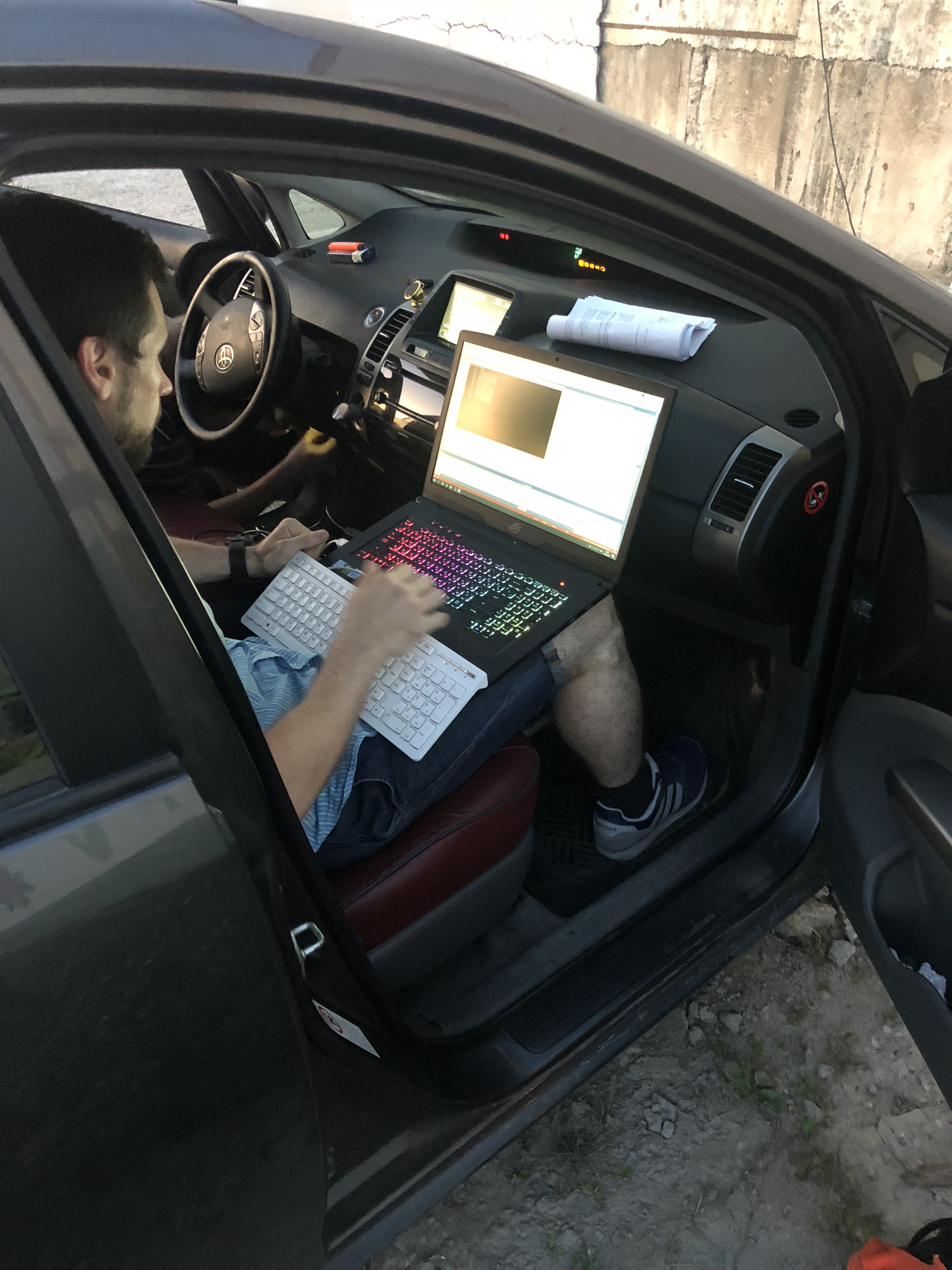 There is a lot of info on the Internet about how it works, why do we need radars, how to turn the wheel, how lidars work. That is, there are no breakthrough and unimaginable technologies available only to large companies. There are a lot of options for weedy solutions, machine learning algorithms, etc., but…no data! Data that a neuron can learn from. So, here it is – you just need to collect data!

Well, great, let’s go get the data!)
To begin with, we need to learn to take the indicators of the steering angle, gas, brakes from the car. Then we will synchronize it with the video stream.

The car has a standard connector OBD2, on which walk all the indicators of the board computer, there are a lot of Chinese CAN scanners on the market, which can be considered as all this. But we need not just to see the numbers in some interface. We need to develop our own system. Find the byte story in the right wire, scroll, run through libraries, write down and so on 30 times per second. That’s why the first investment in this project is the purchase of a CAN adapter by simac company for 200e (ordered from the SPb). We started to dig VW passat and realized that we can, but there should be a test sample, preferably more friendly for us. Having studied the forums, we found Tayota and Honda. The choice fell on Prius, as he has a rear parking assistant and a battery that will power a good computer.